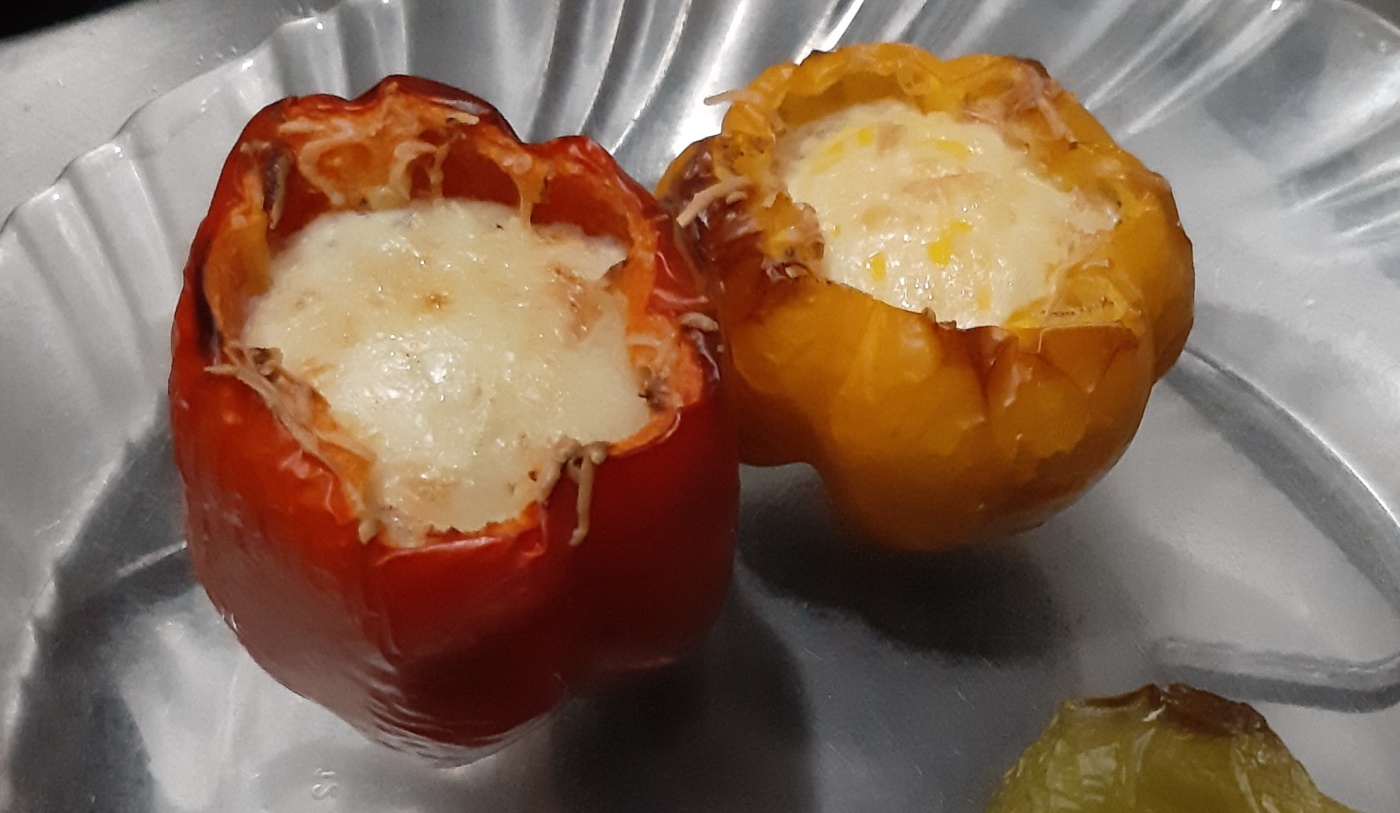 The Trick is to get a roasted top on the peppers. One can achieve this by cooking the bell peppers on the upper coil of the oven than the lower.

Enjoy a Quick and Healthy dish ready in less than 30 min. One may choose to not add cheese and make this even healthier 🙂

One thought on “Rainbow Egg Stuffing”