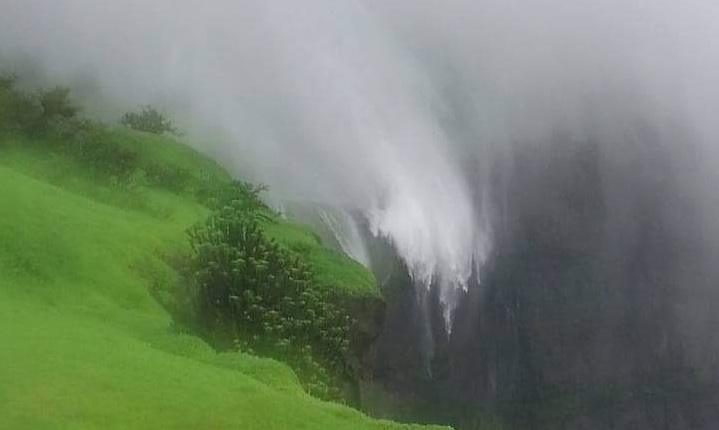 Naneghat, also referred to as Nanaghat or Nana Ghat, is a mountain pass in the Western Ghats range between the Konkan coast and the ancient town of Junnar in the Deccan plateau. The pass was the fastest key passage that linked the Indian west coast seaports of Sopara, Kalyan and Thane with economic centers and human settlements in Nasik, Paithan and Ter

Near the top is large, ancient man-made cave famous for its Hindu Sanskrit inscriptions in Brahmi script. These inscriptions have been dated between the 2nd and the 1st century BCE, and attributed to the Satavahana dynasty era

On a clear sky night the constellations and the Milky Way are said to be visible to naked eyes.

Individuals willing to live it out of their backpacks