Located at 12000 Ft, the highest battlefield in the world welcomes you to the base camp to the Siachen Glacier. The Indian Army Captured this battlefield in 1984 through Operation Meghdoot. The Indian Army’s Siachen base camp is where soldiers receive training for three months. Long stints in forward areas with treacherous snow bound crags, deadly crevasses, potentially fatal altitudes and hostile temperatures that go down to minus 60 degrees. It is also the world’s highest altitude military academy with a strategic location. Soldiers learn survival techniques and ice craft here. 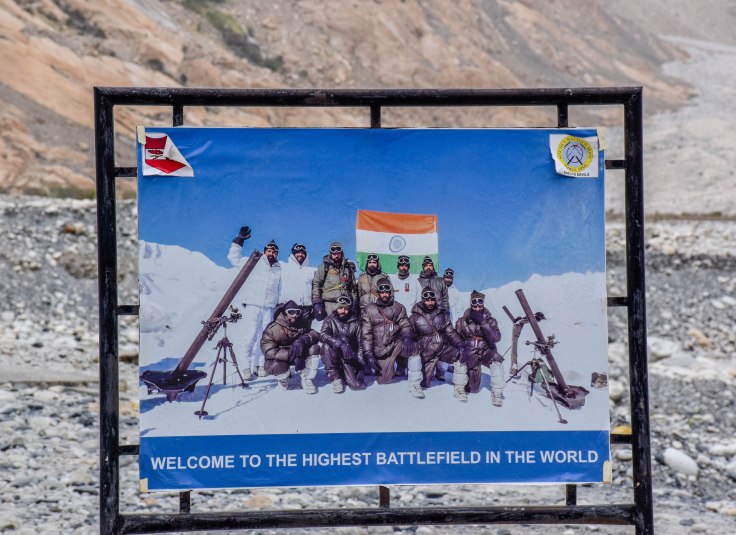 The road to the camp goes along Nubra river. This was an easy drive the with a very little climb and the road winding only in some stretches. What stuns you is the might of mountains made up of sheer granite one towering over another.

When at the Base camp, Hal. Namgail suggested we should first visited the OP Baba Shrine. During the 1980s, when Siachen first came to assume its position of strategic importance for the Indian Army, a soldier named Om Prakash (now known as O P Baba) went missing near the Bilafond La pass area on the Saltoro mountain range that flanks the glacier. Legend has it that Om Prakash single handedly held of an enemy attack at the Malaun post. No one knows what happened to this fiercely brave soldier and his body was never found; this story remains a mystery till date. But, troops claimed  were forewarned in their dreams about impending dangers on the Glacier, after which the faith in OP Baba increased and a temple was built in his name.

Reports of missions are regularly given to him before and after. OP Baba not only protects the personnel on the Glacier from the enemy, but also from the hostile nature and terrain. If I remember the conversation correctly, OP Baba is now promoted to be Lieutenant Om Prakash (Baba). 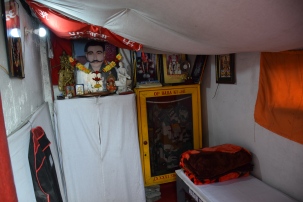 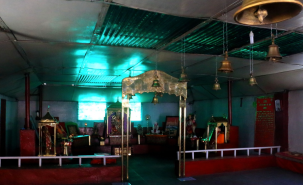 After the Temple our next stop was the War memorial. This memorial was build to remember those who gave their life fighting the battle at Siachen 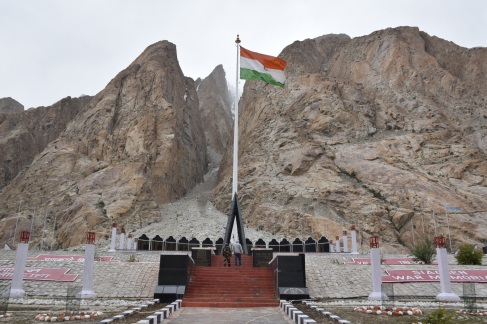 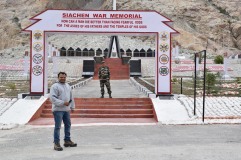 Panoramic view from the Memorial

Post our visit to the Memorial; Col. Yuvraj and his team accompanied us for a fabulous Lunch at his residence. We thanked him for the arrangements and left the base camp with memories that were today a reality but a dream for the last 5 years

Memories at the camp 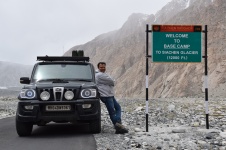 ME AT the CAMP 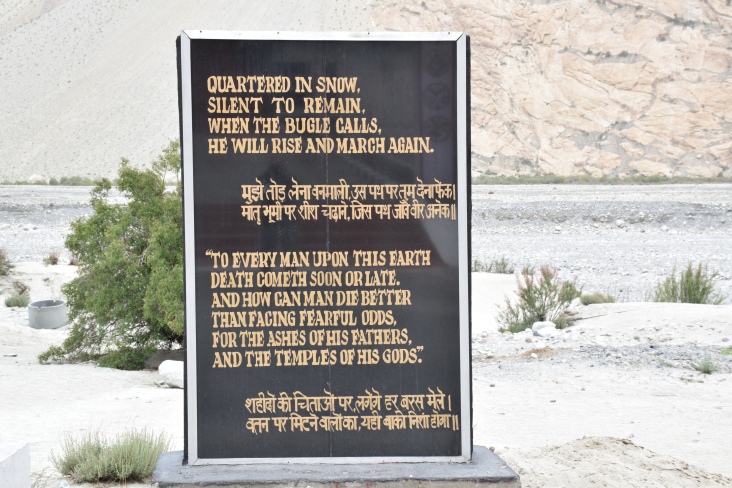 A humbling experience; It was…

A big SALUTE to the “Snow Warriors” for giving their today to provide us a better tomorrow!!