While the road infrastructure has drastically improved from the days that one would have desired to accomplish this journey over a weekend and comfortably; I still feel, the best way to complete this journey is to do it in about 2 and 1/2 days. A two day trip can be a stretch but nevertheless, it can be achieved in a day too

This is a guide I have prepared after multiple journeys I have done on this road lately. A guide that gives an fair understanding of the amenities available enroute which can make you plan your trip better.

Start the drive Friday after noon and hit the roads for about 5 hours to call it a night at a serene town of Wai, just that the mountain step of Panchgani and Mahabaleshwar

Saturday morning can start a little early and one could target to reach Hubli post witnessing few astonishing get away location enroute Bangalore. Hubli will come little before dusk

Make it a little more hectic by starting early on a Saturday morning. The drive to Hubli is around 12 hours plus the breaks one would take to see the place near by the route to Bangalore

This is a drive I would recommend to folks who prefer point to point driving and do not care much to experience the beautiful surrounding we live in. I suggest take a flight instead.

Road from Mumbai to Bengaluru

Panhala Fort: also known as Panhalgad, Panhalla, is located in a mountain town of Panhala about 20 kilometers from Kolhapur. It is strategically located looking over a pass in the Sahyadri range of mountains which was a major trade route from Bijapur in the interior of Maharashtra to the coastal areas. This fort was built between 1178 and 1209 CE, one of 15 forts, built by the Shilahara ruler Bhoja II.

The fort, built with fine ramparts and a large moat, has a rich history with historical and religious monuments dated to the Adil Shahi dynasty. The fort has been captured in battles many times, as the possession of local rulers, until the region was stabilized by the British Raj. It is notable in modern history because Mahatma Gandhi was imprisoned by the British in this fort during India’s freedom struggle

Kittur Fort: The fort was built by Allappa Gowda Sardesai, the ruler of the Desai dynasty between 1650 and 1681. It was held by the Desai marathas of Kittur, as well as Rani Chennamma, a lingayat woman warrior of Karnataka who revolted against the British in 1824. Kittur reached its zenith during the Mallasarja Desai.

The Ruins of Kittur Fort

Chitradurga Fort: or as the British called it Chitaldoorg, is a massive fortification that straddles several hills and a peak overlooking a flat valley in the Chitradurga District. The fort’s name Chitrakaldurga, means ‘picturesque fort’ in Kannada, is the namesake of the town Chitradurga.

Mahalakshmi Temple: Shri Mahalakshmi Temple (also popularly known as The Ambabai Temple), is an important Hindu temple dedicated to Durga located on the banks of the river Panchganga in Kolhapur city. Temple of the goddess Ambabai was built during Chalukya reign. Mounted on a stone platform, the idol of the crowned goddess is made of gemstone. The crown contains an image of the Sheshnag, the serpent of Vishnu

Gangambika Temple: This place is off the main highway and very close to M K Hubaalli. The temple is constructed in the middle of the river. It gets exciting as you walk down the stairs to reach garbha gudi which is inside the river surrounded by circular walls. This temple seems to be a trimmed down replica of ‘ Shri Basaveshwara’ temple situated in Kudalasangama.

Gokak Falls: Gokak Falls is a waterfall located on the Ghataprabha River in Belagavi district of Karnataka, India. The waterfall is six and a half kilometers away from Gokak town. Located right on the main road is a celebrated tourist center in the district. This falls has a height of about 170 feet.

Read: A Trip to the Gokak Falls

On the map below are marked places I would recommend one to visit for some local relishing food while enroute. These waypoints could come handy in case one wants to travel down south from Mumbai

A word of caution that can help prepare a better drive is that once inside Karnataka, the frequency of food stops and gas stations reduce drastically as compared to that in Maharashtra.

The Guide – A MAP

2 thoughts on “Bombay to Bangalore – an absolute weekend drive” 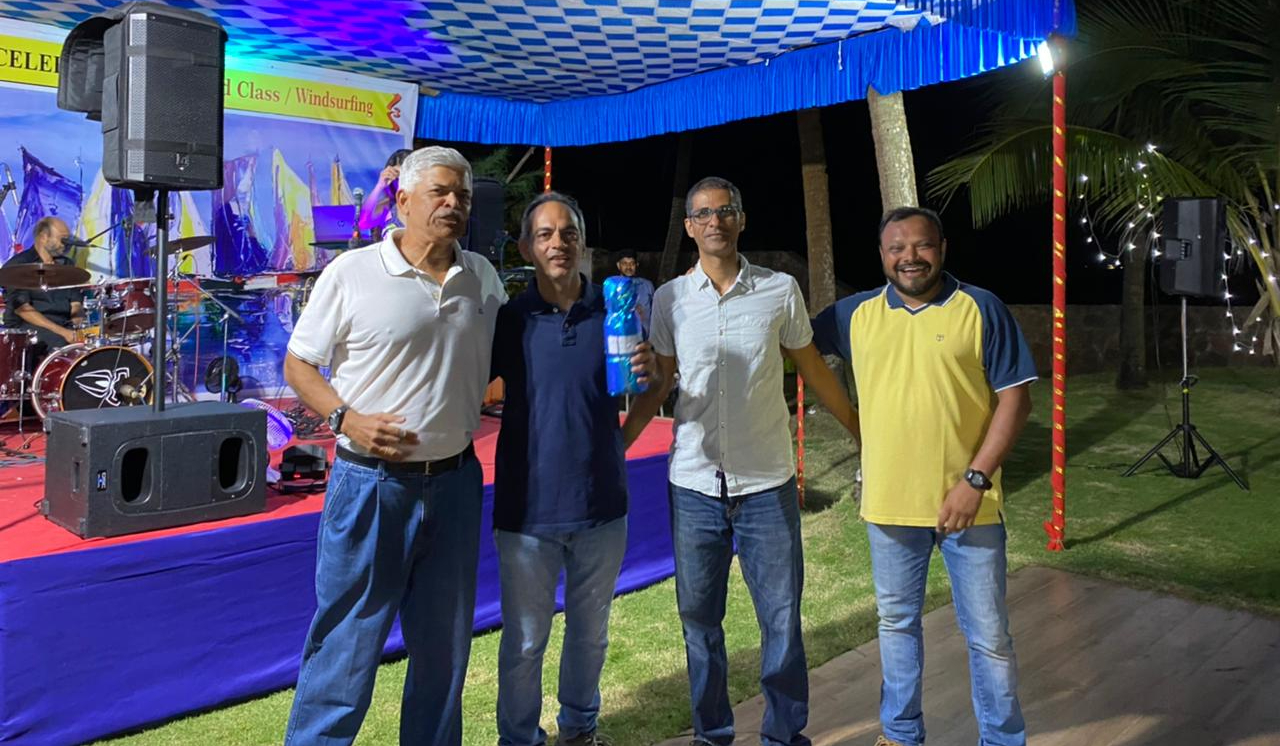